„Patrick, I need something that will scare the hell out of me. I haven’t trained for over a year.“ This message reached me a few days ago from Jose based in Dubai. And our conversation ended the same day with coordinating flight and travel dates. Jose will join me to race The Race in Ireland next March. Don’t worry, Jose will not hurt himself. He is much more experienced that I am as he fished already some of the hardest ultras. But he needs the kind of motivation to step out of his comfort zone.

There are different ways for setting goals. I need goals to kick myself out of the comfort zone. So does Jose. And my danish swimrun partner Jacob. I liked the comment of Jose about the 15km kayaking in the North Atlantic: „I am only asking since I don’t know how to swim to save my life….“. Some might think that we are crazy or in the middle of our midlife crisis. But we are not. I would call it the alarming „high sensitivity threshold syndrome“. The good thing about this syndrome is that you will meet like-minded athletes, see places others won’t and finish races you never believed you could do. The bad thing about it is that the sensitivity of the threshold is increasing from race to race. It’s an addiction. Once finished a new one must be found. 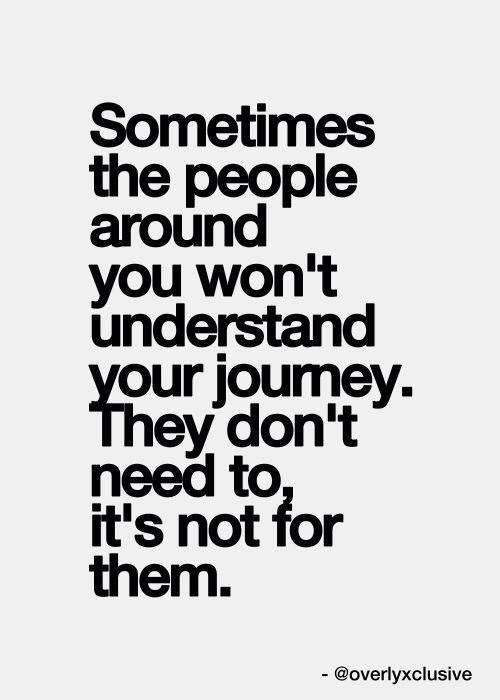 The upcoming year is planned now and it’s pretty full. Fuller than ever before, filled with tough challenges, all in the northern hemisphere. But after a non-racing and full-working year it’s time again for some adventure and hard physical work. Looking back to 2015 I have to admit that our daughter Olivia became a role model to me when it comes to hard work hard reaching goals. Means, I have to draw level with her. After she broke her foot she was able to fight her back after only 10 weeks and a few days after her doctor gave her green light to fully stress her foot again. No muscle wasting in her legs but an additional 900g muscles in her core. This really puts pressure on me, trying to be a role model for her. So what’s the program for 2016?

The Race (Ireland) in early March

I missed to join all the race buddies from the inaugural 2014 race due to injury and lack of time. The Race is a unsupported 250km endurance event across the rugged landscape in North West Donegal. To finish we have to complete 15km kayaking, 166km of cycling, 5km of mountain running and 64km of road and trail running. And believe me there is a difference between mountain running and trail running. I am aiming to better up my time and foremost using it as first point of reference for the challenges coming up later. The key challenges in this unique event: rain and rivers on the road, refreshing headwind, low temperature in early march, length of the race and smart nutrition. We will all be hard up for sure. Same procedure as every year.

Here is a movie of last years race when the weather wasn’t that nice as in 2014. It also includes the climb up to Lough Salt, which is nothing else than a stroke on the wall.

End of June then I is time for the second race I have shifted from 2015 to 2016. It’s the first of two key races, the Celtman extreme triathlon. It’s one of the three long distance triathlons of the Xtri extreme triathlon series of which I’ve finished already the Swissman. I missed this race last year because I was injured after a bike crash. The swim of 3.8km in Loch Shieldaig always had to be shortened  to 3km because of the water temperature (normal 10°C).  And even with this shortened distance the athletes suffered badly from the cold. The ride then leads us 202km along the Highland roads. With some very nice headwind on the last third. After that we have to climb up over two peaks of approx. 1000m from seal level. The overall ascend is over 4’000m during this epic day. I gained some good and important experience during the rockman swim run. My goal here: Finishing without crashed knees but finishing in the time window to get a blue finisher shirt.

Here are some pictures:

This one is my own fault. I should have known it better when Jacob sent me this message: „I have an entry for us … Sweden, high coast, north of Stockholm“. On the first sight it’s a typical Swimrun over a total distance of 36.7km (6.8km swimming, 29.9km running with 30 in and outs). But after having a closer look i’ve realized that this race is epic and listed in the most important swimrun rankings. It’s north in the high coast and it can be really tough. First of all it’s more than a one hour flight north from Stockholm (about 500km). Second there is a mandatory rope section in the water. Third, there is vertical climb in the middle of the race. Rock’n Roll in a breathtaking environment. Have to find a way to train in choppy water for the rights strokes, orienteering and breathing.

And here are some pictures: 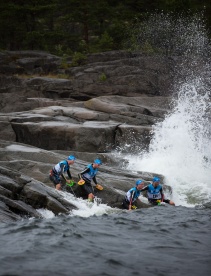 And here it is, my second key race for 2016. It was by chance when I saw this post on Facebook. It was love on first sight. After calling Jacob we were two. The Lofoten islands are one of the most stunning places in the world. This race is a once in a lifetime event. I mean, have you ever done a long distance triathlon 68° north? It’s almost on the top of Norway and more north than Iceland. Maria from The Arctic Triple Team, the organizer of this event, wrote us a few weeks ago: „…the race will not do itself and the conditions may change dramatically during the race. Have a good plan. And happy workouts!“ Norwegians tend to understate. The distance is a bit more than a normal long distance triathlon. Maybe they did this because of the midnight sun. That means even if you’re finishing in the night you can run and walk on difficult terrain. The 4km swim will be done in the harbor. I guess this is for safety reasons as the water is really cold and choppy. And the weather can change from hour to hour. The ride is along 196km of the hilly coast of the Lofoten followed by a 45km run that ends with 20km of terrain and two mountain passes. The mandator backpack must contain: warm clothing, wind jacket, drink, food, torch, emergency blanket and cell phone 😉  After watching this trailer you will understand why Jacob and me want to be part of it. The nature and the conditions will be breathtaking.

So far so good. That’s what we planned. And then … Did you ever had a good long meal and you ate by far too much? And then there was this yummy dessert? You knew that it might be too much but you had to eat it. It looked so delicious, special and you tight like you won’t get something similar again. That’s exactly what happened to us when we registered for the Hell’s Hop. Even when we heard about the idea there was no more resistance in our greedy minds. Let’s describe it the organizers themselves: “Hell’s Hop Swimrun Scotland arrives in the Outer Hebrides on Saturday September 10th 2016 … brought to you by the team behind the magnificent Loch Gu Loch, we have created what we think is an incredible, unique, wild and adventurous course. You will not be disappointed with a stunning landscape, tough terrain and possibly some “interesting” weather! 33K of running and 8.5K of swimming including an epic swim across the Sound of Barra in the North Atlantic. We will be the guinea pigs for this event that takes place for the first time. And we are guaranteed to see some basking sharks.

After writing my thoughts about these challenges I have to admit, I am a little bit scared of 2016. But on the other side I was never more motivated than now. And there is enough time to work hard and it’s time for some action again, good company, fresh air, the highest dose of pure nature, adrenaline and kicking ass. – Some of the races still have slots open. Why not joining Jose, Jacob and me racing the North Atlantic or the Baltic Sea? And for sure we will add a day or two for additional beer and to see a bit more than only the race course.